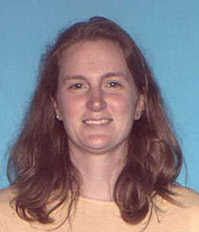 Shon Pernice!  You have a lot of questions to answer!  Your wife and the mother of your children has been missing over 15 days now!  Why are you not out looking for her?  Why are you not willingly talking to police?

The case of missing mother, Renee Pernice, is ringing the same bells as the case of another man by the same S.P. intials!  I believe in the premise of "innocent until proven guilty", however, Shon Pernice's absence from searches and questioning is raising a lot of eyebrows.

A fellow blogger, years ago, commented during the Laci Peterson case on the handbook that Scott Peterson, Mark Hacking, Michael Peterson and several others at the time have followed.  She affectionately called it "Spousal Murrrrder Theater"!

From "Observations of a Misfit":

I Love You to Death - Reprise

What do these couples have in common?
The Scorecard:
Sheppard – conviction was overturned, accused passed away rather young.
MacDonald – convicted of multiple murders; was eligible for a parole hearing in 1991, still working on an appeal based on DNA evidence, but don’t expect to see him strolling on the beach anytime soon.
Bechler – convicted (without the body of his wife ever being found) - currently serving a life sentence.
Blagg - convicted of murdering his wife, but has not been charged or tried for his daughter's murder.
Michael Peterson – convicted and sentenced to life without parole.
Bruce Koklich – convicted of second degree murder (with no body found), sentenced to 15 years to life.
Kristin Rossum – sentenced to life.
Scott Peterson - convicted of double murder and condemned to death.
Mark Hacking - pled guilty and is serving an inexact amount of time.
Oh yeah, they loved them to death! 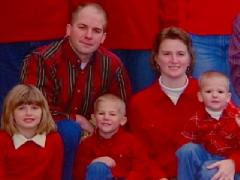 Although it's stated that none of the above cases had a history of domestic violence, I would further clarify and say that there were probably no reports made to authorities, but I would bet the house that there were underlying tensions in these couples' relationships.

According to reports, the family of Renee Pernice are close to certain that she has met with foul play, and they seem to be accepting the inevitable on the grounds that she would never leave her children behind and leave her home willingly.  They are unfaltering in that statement.  They want her home, they want questions answered, and they want justice.  They, as well as four children,  deserve that much.


PS...Loretta, all the fame and fortune all of us Misfit offshoots have made from blogging, we owe to you!
Stone Cold Guilty - The People vs Scott Lee Peterson by Loretta Dillon

Please join us at Peace4 the Missing
Posted by Delilah

Why does it take so long for the police to make a case? Surely they know Shon is the guilty one. The blood evidence should be back by now. Get those children away from him before he harms them.

I personally know the victims brother in law and their family quite well. Renee would have NEVER left her children behind, rememebr these are the children that she alone cared for while Shon was overseas. The fact that he "doesn't remember" what she said about going out alone speaks for itself. Yes one is innocennt until proven guilty, but c'mon......I know where to point the finger!